After a long trip from Genting Highlands, we get off at KL Sentral.  We still want to explore the area but the weather did not permit us due to heavy rains.  We decided to just get back to our hotel and opted to take a cab than taking the MRT because we were dead tired and just wanted to get some rest.

After about an hour, the group headed to KLCC Suria to take a last peek at the towers.  The mall was too crowded as we get in; there is a fashion show on going so we went near the stage also to check. 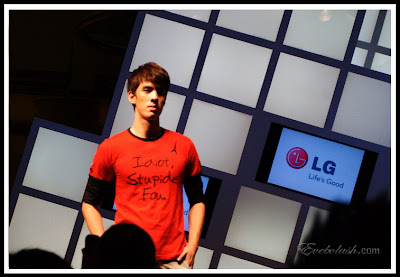 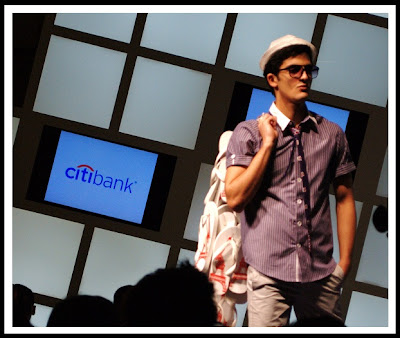 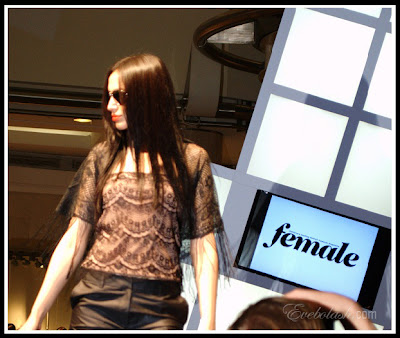 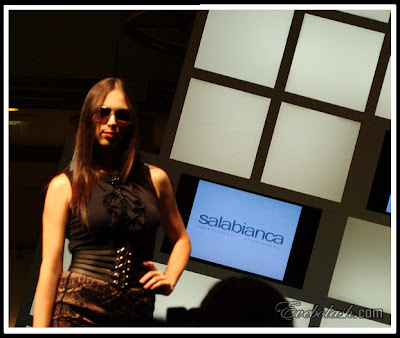 Whew! Nice set of clothes but we can't stay for long.  We still need to find the famous " Nando's Chicken.

This is one of the recommended restaurants in the forum i usually visited, so i guess we must try it here.  They were known worldwide and operate in 30 countries.   In Malaysia they have 33 outlets.  The restaurant originated in Johannesburg, South Africa and began in 1987.  A casual dining restaurant with a Portuguese/Mozambican theme and specializes Chicken dishes. 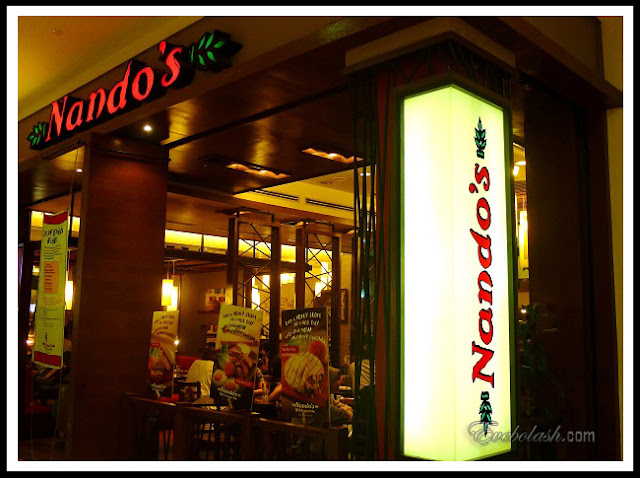 The place was very busy when we arrive; we waited for a few minutes before we get seated.  One of the staff introduced us to her colleague who can speak English. 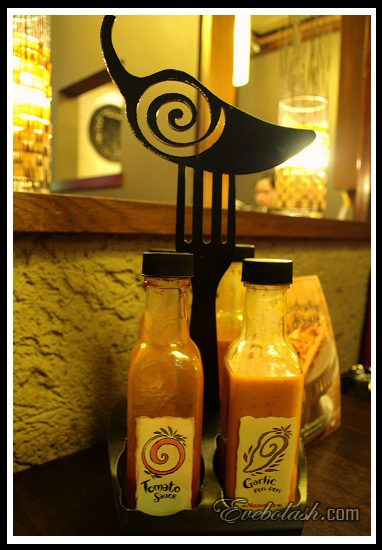 The famous Nando's sauces :-)  By the way they do sell these. 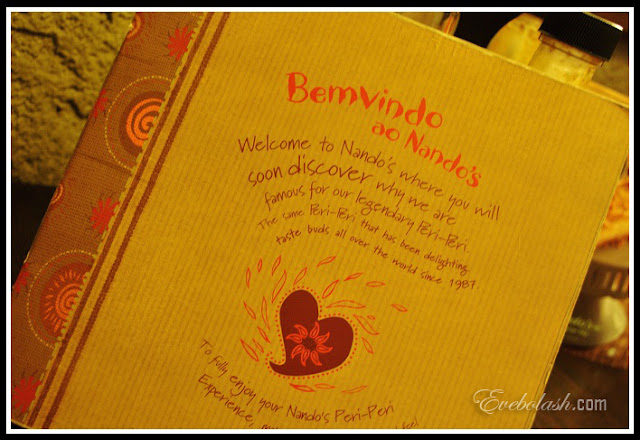 So many yummy food to choose from but the meal looks very heavy so we ordered for chicken, soup and vegetable only.  I just want to try the chicken. 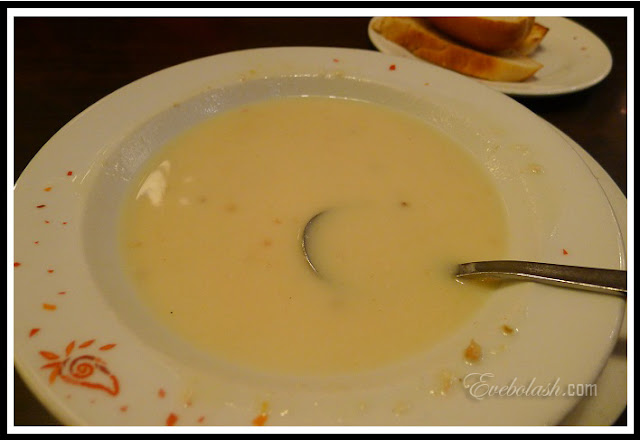 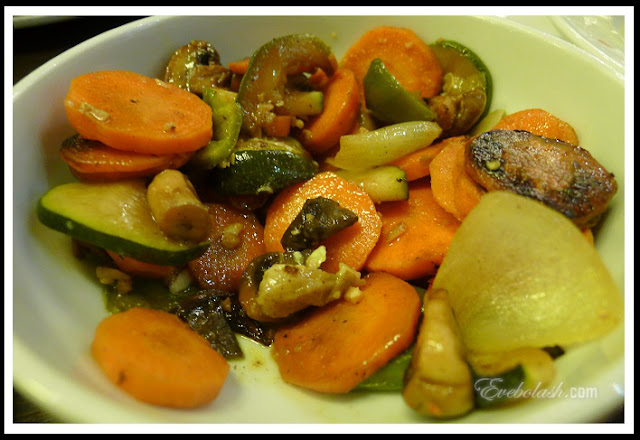 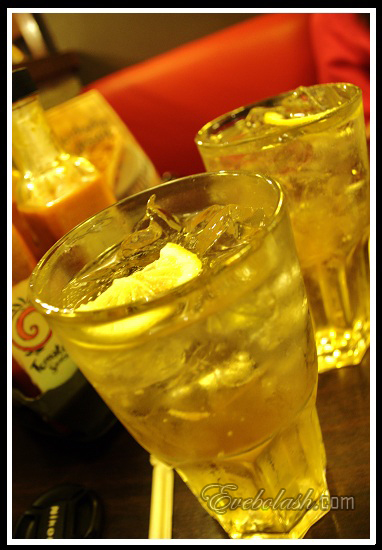 I forgot what the name of this drink is, i love it! 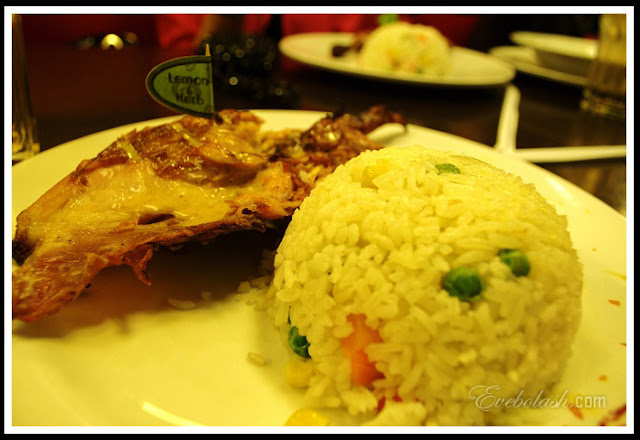 The chicken was good but Max’s Chicken is still on top of my list hehe… support your own daw!

Just after dinner, we get back to Bukit Bintang to chase some stores that are still open to buy some souvenirs for friends, officemates and for myself.  Unlike my other friends they shop some clothes and bags while i bought ref. magnet (Petronas Towers) only for myself :-P

We had to run back to our hotel since we need to pack our things and sleep early.  Call time is at 5am.  We asked the hotel staff to contact Star Shuttle to pick us, but according to him pick-up time is at 3:30am and the next one is around 6am.  We felt a little hesitant to their time schedule to we just decided to hired hotel's van service going to the airport.

Star Shuttle bus would only cost MYR20 for each pax.  While Hotel’s taxi service charge us of MYR150 for 5pax, so it’s about MYR30 per head.

We were at the airport 2 hours before our flight and the girl from air asia help-us checked-in online and then we proceed to the check-in counter for our baggage.  Since we still have time we had our breakfast at McDonalds first before we proceed to the immigration.

I must say that the Departure area is way better than their arrival.  Well while waiting for boarding, we had our money change to SGD since Singapore is our next stop.  I still have some money left from my USD200 budget to Malaysia. Yey! 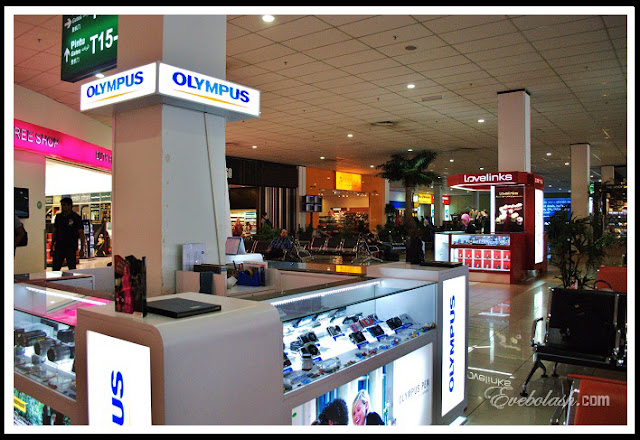 We are so excited to our next destination since it would be our first time also.  But our flight was delayed for about half an hour. 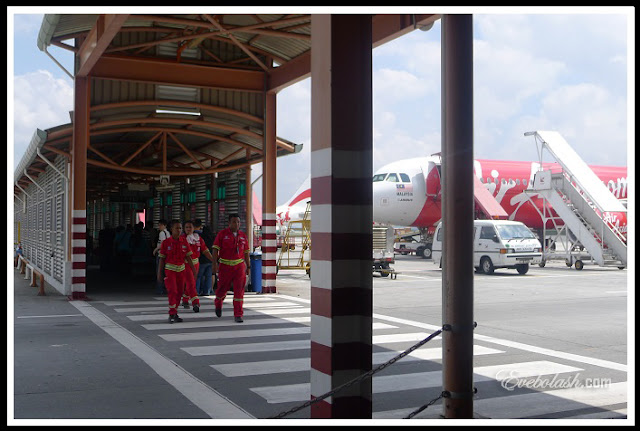 Weee… Goodbye Malaysia! Goodbye Petronas! Thank you for the memories will see you again!